First off, thanks to everyone who came to see me at C2E2 this past weekend!  It was great to meet new people and to see some familiar folks!  In case you couldn’t make it: 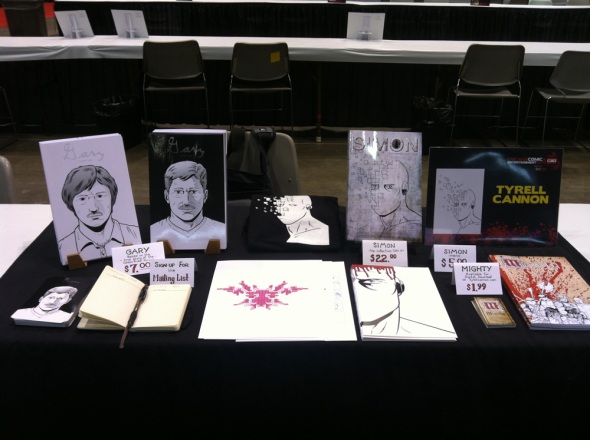 and a look behind the scenes (so to speak)… 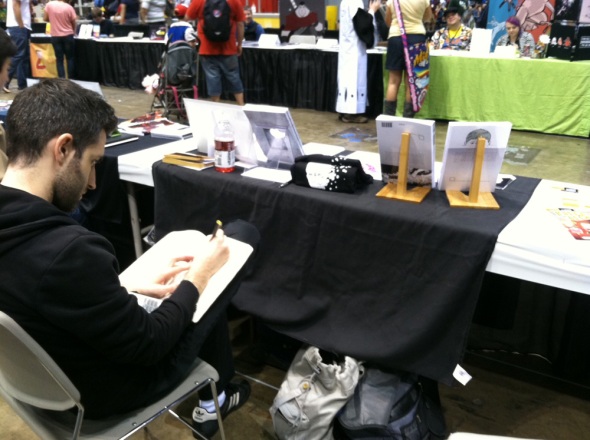 I had the good fortune of being placed next to these talented folks:

I had a blast and I really hope ya’ll can make it next year as well!

The fellas at In This Issue were kind enough to invite me onto their podcast as a guest host last week.  We had a lot of fun talking about  AvX’s failings, Prophet’s awesomeness, Punisher’s knife skills, Mass Effect 3’s ending, and tons of other nerd-fare.  Have a listen:

In This Issue also covered C2E2, interviewing folks like Ryan Browne, Ryan Benjamin, Tom Stillwell, and many more!  Follow In This Issue all week for the C2E2 coverage & interviews!

Here’s a sneak peak at the progress: 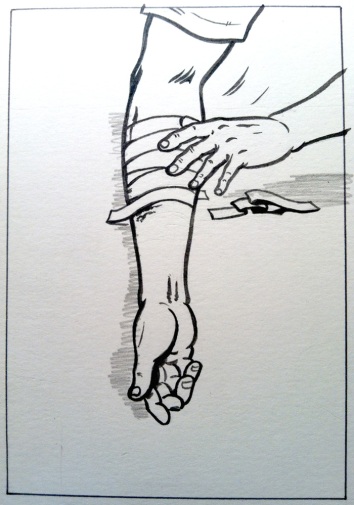 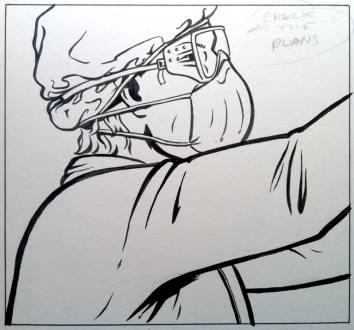 This weekend is the Chicago Comics & Entertainment Expo!  This is shaping up to be an awesome show and I’m excited to be a part of it.  You can find me at O2B:

If you are in Chicago, please come on down and say hi!  I’ll have all my work for sale, plus some new cube prints!

In the meantime, I wanted to share some recommendations for comics you should be reading:

PROPHET by Brandon Graham & Simon Roy: Not much I can say about this one that hasn’t been said already.  It’s fantastic.  Who knew this terrible terrible character could be used for good?  Even better, they have been running back-up stories, featuring some awesome indy guys.  Speaking of…

EXPANSION by Matt Sheean & Malachi Ward: I’ve mentioned this book before.  It is the best science fiction comic out right now.  You get flavors of Twilight Zone, Bradbury, and Kirby in this gorgeous book.  I must be onto something, as these gents are contributing a back-up story to the aforementioned Prophet!  You can find Expansion on the above linked blogs.

CYCLES by Beth Hetland & Kyle O’Connell: This book is not out yet, but can be pre-ordered through Hetland’s website.  Apparently, this is what I think about it: “Hetland and O’Connell have crafted a comic as funny and thrilling as it is smart and skillful. Cycles is a deftly told tale of whimsical machinations that entertains from the first panel to the thrilling climax. Read this now!”

FLEX MENTALLO by Grant Morrison & Frank Quitely: OK this is an older book, but they just released a gorgeous deluxe edition about a week ago.  I’m betting it’ll be scarce soon.  This book is the wacky-type of Morrison (think Seaguy), with some early Quitely art.  Quitely is easily one of the best artists working in mainstream comics in the last ten years and he’s totally free to draw craziness here.  Thanks to Sean Dove for putting this book on my radar back in the day.

So I don’t want to hear anyone say “there’s nothing good out right now”!  I also guarantee that if you come down to C2E2 this weekend, you’ll discover some more amazing comics!

Zinefest 2012 was a blast!  Thank you to everyone who came out to say hi.  It was great to meet some new people and talk to some old friends.  In case you missed the show, fear not, I’m going to be exhibiting again in two weeks at the Chicago Comic & Entertainment Expo (C2E2)!  This con is in it’s 3rd year and has a lot to offer.  It tends to lean more toward the capes, but you’ll find some great indy books represented too.  This show is definitely worth the trip to Chicago!  Here is the details:

You can find me at :

I’ll have some new stuff at this show, like the Cube Prints, along with Simon Collected and Gary 1-2 of course.

Speaking of Gary, I am hard at work on the 3rd (and final) book!  I’m happy to report that things are progressing quickly! 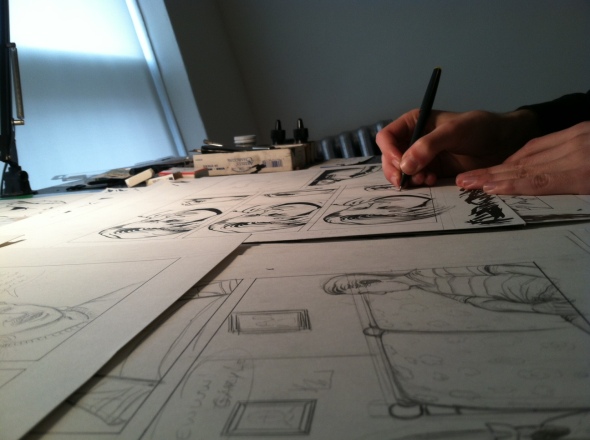 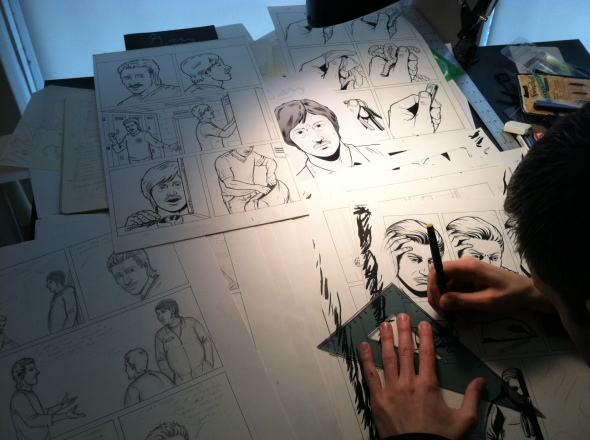 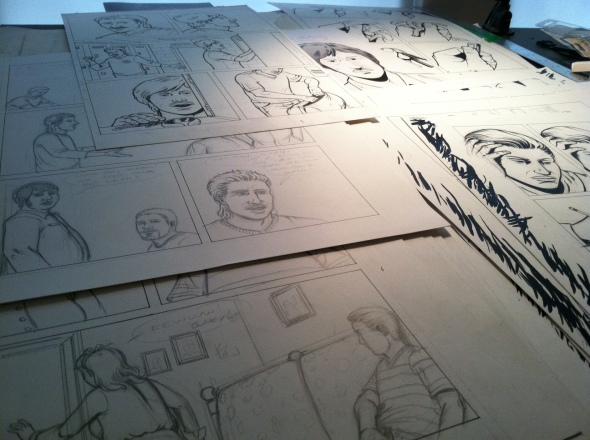 Thanks to T for the pics!  I can’t wait to show ya’ll more.  Check back in next week, and I’ll discuss panel layouts and mention some comics you need to read.